#Flight MH370 - A possible location of the crash? 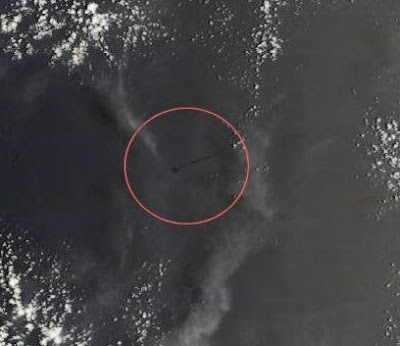 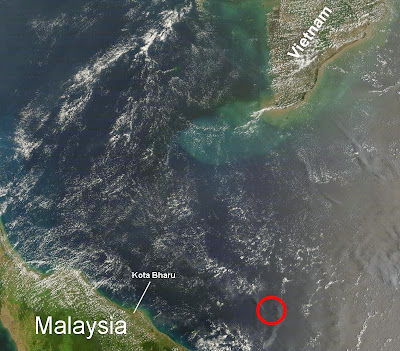 The full resolution satellite picture of the area can be downloaded here. The area of interest is indicated with a red circle.

Malaysia Airlines Flight 370 (MH370) is a missing international passenger flight operated by a Boeing 777-200ER aircraft with 227 passengers and 12 crew members on board. Flight 370 departed Kuala Lumpur, Malaysia, at 00:41 on 8 March 2014 for a scheduled six-hour flight to Beijing, China. Reports indicate that Subang Air Traffic Control Centre lost contact with the plane at about 01:22, while it was over the Gulf of Thailand, and the plane was reported missing at 02:40. As of 9 March 07:00 UTC the location of the impact is still unknown.