'Nudist' Canadian siblings to be charged in court?

KUALA LUMPUR - The long arm of the law has finally caught up with two Canadian women accused of stripping naked on Mount Kinabalu on May 30.

Lindsey Petersen, 23, and Danielle Petersen, 22, have been barred from leaving Malaysia and they will be brought to face the Ranau Native Court, the Borneo Post reported today.

They are being summoned under the Native Court Enactment 1992 and police will be brought in should they fail to show.

Presided by ten community leaders, comprising of Ranau district chief, Orang Kaya Kaya (OKK) Mohd Din Salingong and nine native chiefs, who will decide on the penalty to be imposed on the siblings.

A meeting had convened at 2pm Monday, but a decision has yet to be made. 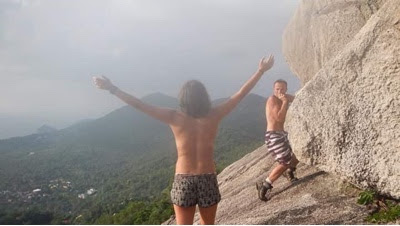 According to Kota Kinabalu district chief, OKK William Majimbun, the native court should be the authority to handle the case of the 10 foreigners who stripped naked and posed for photos at the peak of Mount Kinabalu.

He explained, as the case happened in Kundasang, the Ranau Native Court should preside over the case because each district has its own customary practices.

"There should be a trial in the Ranau Native Court, and the Native Court will decide on what should be done to right the wrong," William said.

On May 30, a group of 10 foreign tourists had stripped naked and urinated on the summit of Mount Kinabalu, leading Deputy Chief Minister Tan Sri Pairin Kitingan to say that the act had caused the 6.0-magnitude quake to strike the state. 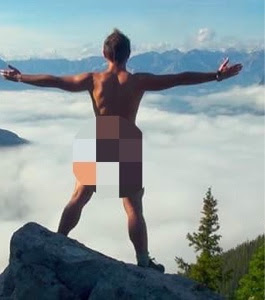 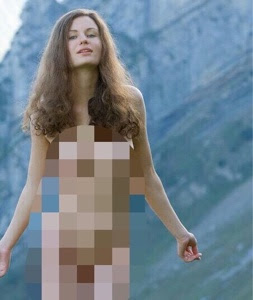 William said, whether or not it was true, foreigners visiting Sabah and Sarawak should adhere to local customs and cultures.

"These customs have been practiced for generations by our ancestors and that's why we still hold a ceremony to appease the spirit of the mountains to ensure the safety of climbers," he added.

Penampang District chief, OKK Brayan Matasing meanwhile opined the 10 foreigners had breached the customary laws of the local Kadazan/Dusun, who considered the mountain as sacred ground.

"They should be penalised for 'sogit' which is a penalty payment involving the sacrifice of animals such as buffalo, chicken or pigs followed by a ritual to appease the spirit of the mountain," he said.

According to The Board of Trustees of The Sabah Parks Chairman, Datuk Seri Tengku Zainal Adlin, there were strict rules climbers attempting Mount Kinabalu have to adhere to.

"You are not even allowed to shout, what more urinate and strip naked. This is the first such incident that has happened in the last 50 years.

"Their behaviour is unacceptable and they have shown no respect to anyone. If you are a Christian, would you urinate in your church? Or if you are a Muslim, would you strip naked in a mosque?

"In this case, they had stripped naked and urinated on Mount Kinabalu which is revered as sacred by the Kadasan Dusun," he said.