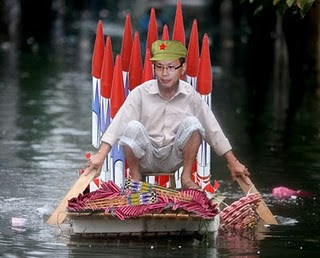 The Registrar of Societies (RoS) was acting on orders from ruling political party, Umno, when it instructed DAP to hold fresh party elections without any justification, said DAP's national publicity secretary Tony Pua.

Pua also singled out Home Minister Datuk Seri Ahmad Zahid Hamidi for the his "direct political interference" in the decision by the RoS.

DAP announced today that it would be holding a re-election of its central executive committee (CEC) following months of speculation and accusations thrown at the party.

DAP was accused of vote-rigging with 547 phantom delegates in its elections held in December. On July 30, RoS director-general Datuk Abdul Rahman Othman ordered DAP to hold a CEC re-election after he said he was not satisfied with the explanation given by the party on the issue of manipulation of votes.

Pua reiterated today that the RoS had no legal grounds to demand fresh elections of the DAP, pointing out that the party had responded to every request and query within the given period.

"Instead, the RoS has besmirched the party with unfounded allegations that we have not been cooperative with them.

Pua pointed out that repeated requests by the party's secretary-general Lim Guan Eng to meet the RoS had been turned down, which "demonstrates the degree of unprofessionalism by the RoS".

"It has stubbornly refused to show us under which law they are able to take such actions. The only clue given by the RoS in their correspondence is that 'some members were not satisfied' with the previous election," he said in a statement today.

He said while the party lawyers have confirmed that the RoS had no power to demand fresh party elections, DAP had decided to go ahead with it to "protect the gains by the DAP in its struggles over the past 45 years and in the long-term interest of the party".

"If the RoS can abuse its non-existent powers to demand that DAP hold fresh elections, then certainly it will not hesitate to abuse the powers which it has, that is to de-register a political party if the powers that be, deem it politically expedient and necessary.

"The party is fully aware that the BN and RoS are certainly not beneath such unscrupulous actions, despite what Prime Minister Datuk Seri Najib Razak might want to say about his 'political transformation programme'.

"Instead, the decision to hold fresh elections will allow our delegates to prove once-and-for-all that the party has done absolutely no wrong," he added.

The complaint to the RoS came after several disgruntled members claimed the election in December last year was not properly conducted after the party announced that a glitch in the tabulation had resulted in the wrong candidate being elected to the CEC.

A booklet called "The Equity Report (CEC Election Fraud)" on the alleged irregularities and internal politics in the DAP polls, written by a Father Augustus Chen, was also widely distributed in Penang.

In the booklet, the writer accused Lim and his son, Guan Eng, of having manipulated the vote tabulation during the election.