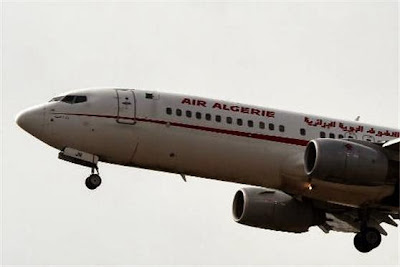 The wreckage of an Air Algerie plane missing since Thursday with 116 people on board has been found in Mali near the Burkina Faso border, an army coordinator in Burkina Faso and the French presidency said.

"At the moment we have no further information on (the fate of) the passengers but our teams are hard at work," he said.

Diendiere gave no indication as to what may have caused the plane to crash.

The French president's office said Friday the jet was clearly identified even though it had "disintegrated".

A "French military unit has been sent to (the area) to secure the site and gather evidence", it added in a statement. 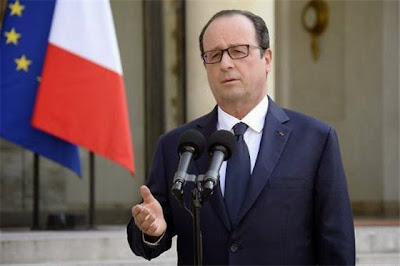 President Francois Hollande expressed his solidarity with the families and friends of the victims.

Flight AH5017, which took off from Ouagadougou bound for Algiers with 51 French nationals aboard according to French Foreign Minister Laurent Fabius, went missing amid reports of heavy storms, company sources and officials said.

Canadian media said a Canadian family of four were among the victims.

The mother, father and two children lived in a suburb of Montreal and were returning home with a friend -- a resident of nearby Sherbrooke, Quebec -- from another couple's 50th wedding anniversary celebrations in Burkina Faso, said French-language broadcaster LCN.

An Air Algerie official in Montreal was not able to confirm the reports.

The flight had been presumed lost even before Hollande appeared on TV to announce: "Everything leads us to believe that the plane has crashed." 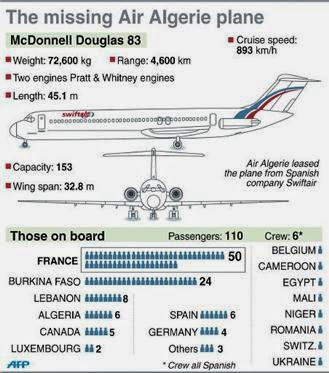 He said the plane's Spanish crew had signalled they were altering course "due to particularly difficult weather conditions".

Fabius had said earlier that "contact was lost with the McDonnell Douglas 83 at 1:47 (local time), a little after the pilots said they were diverting from the route due to meteorological reasons".

Algerian radio quoted Prime Minister Abdelmalek Sellal as saying the plane dropped off the radar at Gao, 500 kilometres (about 300 miles) from the Algerian border.

Mali, Algeria, Niger and France coordinated their search efforts under the umbrella of the French-led military intervention in Mali, Operation Serval.

"Even though the aircraft was above Mali it was in airspace managed by the control centre in Niamey in Niger," an air traffic control official told AFP. 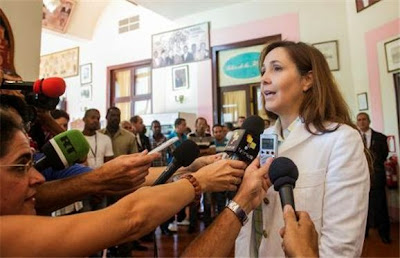 Its six-member crew were all Spanish, said Spain's airline pilots' union Sepla, and Swiftair confirmed the aircraft went missing less than an hour after take-off.

"The plane was not far from the Algerian frontier when the crew was asked to make a detour because of poor visibility and to prevent the risk of collision with another aircraft on the Algiers-Bamako route," an airline source said.

The plane had apparently been given the "all clear" following an inspection in France only this week, French civil aviation authority DGAC said.

In France, two crisis units were set up, one at the DGAC and another at the foreign ministry, in addition to two further centres at Charles De Gaulle airport in Paris and at Marseille airport.

DGAC said many passengers had been due to catch onward connecting flights to Paris and Marseille.

One French family had seven people on the plane, a brother of one passenger told AFP.

"There was my brother, his wife and their four children, plus my nephew," Amadou Ouedraogo said via telephone.

A controller in Mali, speaking on condition of anonymity, said the area was rocked by "strong storms" overnight.

Air Algerie, in a statement carried by national news agency APS, said it had initiated an "emergency plan" in the search for AH5017, which flies the four-hour passenger route four times a week.

In Cuba, the daughter of President Raul Castro assured journalists she was alive and well, contradicting reports that she had been onboard the doomed flight.

Mariela Castro, a sexologist and gay rights activist, said she had been told there was another passenger of the same name aboard flight AH5017.

The crash comes at the end of a disastrous week for the aviation industry.

On July 17, a Malaysia Airlines jet crashed in eastern Ukraine, killing all 298 people on board.

A Taiwanese aircraft crashed in torrential rain in southwest Taiwan on Wednesday, killing 48.

The plane had been flying from the desert garrison town of Tamanrasset in Algeria's deep south to Constantine, 320 kilometres east of Algiers.

Tamanrasset was also the site of the country's worst civilian air disaster, in March 2003 that killed all but one of the 103 people onboard an Air Algerie Boeing 737-200. - AFP