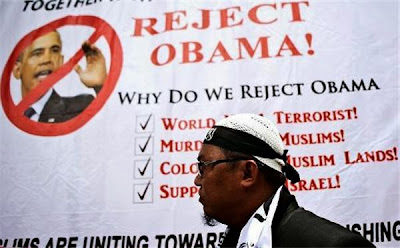 President Barack Obama will not visit China on his Asia tour next week, but its broadening shadow will be cast everywhere he goes at a time of complex regional disputes and questions about US strategy.

American China policy has been based for two decades on the goal of easing the emerging giant into the international system while avoiding a classic geopolitical clash between an established power and a rising one.

China's regional ascent is now reality, with its growing economic and military influence nudging and worrying neighbors that look to Washington as a counterweight.

China is the "leitmotif that's going to be running through the trip," said Christopher Johnson, a former CIA China analyst now at the Center for Strategic and International Studies.

"The thing that both Beijing and those of us who watch at all closely will be watching ...will the president be saying the 'C-word' -- China -- on a regular basis throughout the trip?" 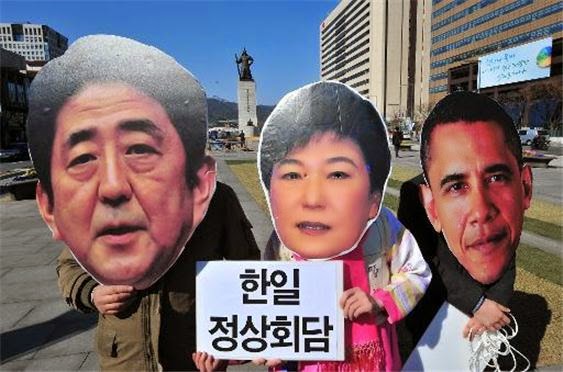 Obama will use visits to Japan, South Korea, Malaysia and the Philippines to placate allies uncertain over his diplomatic and military "rebalance" towards Asia -- with Washington preoccupied by crises elsewhere, including in Ukraine.

But he must at the same time find language that will not exacerbate suspicions in Beijing that the true aim of the rebalance is to contain China.

Obama's tour will be his first to Asia since Beijing declared an air defense zone in the South China Sea last year, raising the temperature of festering maritime and territorial disputes.

Washington branded the move as "illegitimate" and ignored the zone by sending its aircraft through it.

The episode, however, compounded worries in the US capital about China's ultimate military intentions.

But the two sides have continued talking. 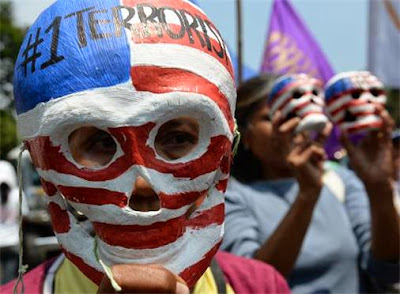 US officials appreciate Xi's diplomatic style, which is more freewheeling than that of former Chinese leader Hu Jintao.

First Lady Michelle Obama recently got a warm welcome in China. And the US president will go to November's APEC summit in Beijing.

Washington was also intrigued by China's decision to abstain but not to veto a UN resolution condemning Russia's referendum in Crimea last month.

But the potential for blunt exchanges remains, as evidenced by the public face-off between US Defense Secretary Chuck Hagel and his counterpart Chang Wanquan over Japan and territorial questions this month.

Obama's national security advisor Susan Rice says Obama will make clear that regional territorial disputes must be resolved "not through coercion, not through threats, not through anything other than peaceful diplomatic means based on the rule of law ... particularly the law of the sea." 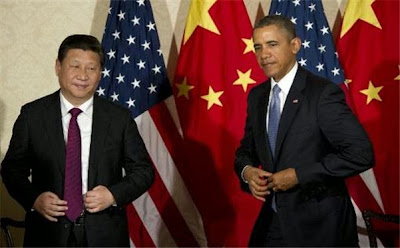 "The message for China is the US is here to stay in the Asia Pacific, that the US expects international norms to be respected and countries not to be bullied, and that the US has developed and will continue to develop a cooperative relationship with Beijing," said Bader, now with the Brookings Institution.

Comments by top State Department official Danny Russel in February that China had created "uncertainty, insecurity and instability" in the region angered Beijing and opened debate on whether Washington had adopted a more hawkish policy.

There is talk in Washington that China might have again overplayed its hand with its neighbors, replicating the opening that Obama exploited in his first term to launch a diplomatic offensive.

Beijing's handling of the disappearance of a Malaysian airliner, its military buildup and the air defense zone may make Obama's audience especially receptive. 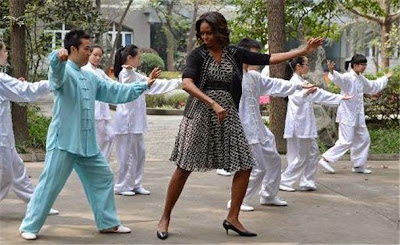 The Americans "want to take advantage of the fact that China is scoring own goals throughout the region," said Douglas Paal of the Carnegie Endowment for International Peace.

US-China economic relations are not without aggravation but the Treasury declared last week that Beijing was not a currency manipulator -- though Washington wants the yuan to rise further.

Trade disputes also niggle. What's more, the two sides are at odds over alleged Chinese cyber hacking of the US military and businesses though US leverage has yet to recover from revelations of National Security Agency eavesdropping by Edward Snowden.

So how will Obama's visit play in Beijing?

Professor Shen Dingli of Fudan University said China would rest easy in the knowledge that, ultimately, the US-China relationship was more important than Washington's ties with either Japan or South Korea.

Jia Qingguo, dean of international studies at Peking University, said the US swing to Asia made sense given the region's growing influence and prosperity.

"But of course there are people in China and in other countries who are worried about its intentions -- that is only natural. The US is a big country."