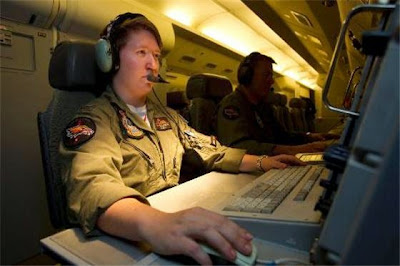 Australian authorities on Wednesday dismissed claims by a marine exploration company that material found in the Bay of Bengal could be from missing Malaysia Airlines flight MH370.

Adelaide-based GeoResonance was quoted in Malaysian media and by Australia's Channel Seven as saying it had detected possible debris from a plane 5,000 kilometres (3,100 miles) from the current search location.

On Tuesday, Malaysia's acting transport minister Hishammuddin Hussein said he was verifying the information but Australia's Joint Agency Coordination Centre, which is fronting the search, downplayed any link.

"The location of MH370 suggested by the GeoResonance report (in the Bay of Bengal) is not in the Australian search and rescue zone," a spokesman for the government agency told AFP.

"The Australian led search is relying on information from satellite and other data to determine the missing aircraft's location. The location specified by the GeoResonance report is not within the search arc derived from this data.

"The joint international team is satisfied that the final resting place of the missing aircraft is in the southerly portion of the search arc."

The Beijing-bound Malaysia Airlines flight with 239 people aboard disappeared shortly after take-off from Kuala Lumpur on March 8.

Based on calculations involving the plane's speed and fuel and satellite data, investigators believe it veered off course and crashed into the southern Indian Ocean off Australia, although a massive hunt for evidence has so far yielded nothing on the surface or below.

The aerial hunt has been called off while the underwater search by an unmanned mini-submarine and other technology is being expanded across a huge swathe of seabed of about 56,000 square kilometres (21,600 square miles).

GeoResonance, which specialises in geophysical surveys to find oil and gas, groundwater, and uranium, said its research using images from satellites and aircraft had identified elements on the ocean floor consistent with material from a plane.

The company said it surveyed over 2,000,000 square kilometres.

"We identified chemical elements and materials that make up a Boeing 777… these are aluminium, titanium, copper, steel alloys and other materials,” company representative Pavel Kursa told Channel Seven.

Another company representative, David Pope, told the broadcaster: "We’re not trying to say that it definitely is MH370, however it is a lead we feel should be followed up."