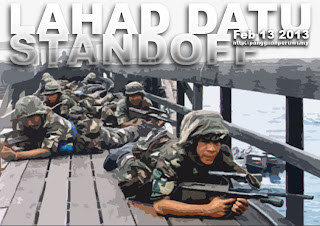 'Sulu Sultan' Jamalul Kiram III yesterday declared that his fight against Malaysia is a jihad.

But instead of meeting with his generals for attacks or reinforcements, Kiram meets with legal volunteers that could help him press proprietary rights over Sabah in his Taguig home.

“(The end to this conflict) depends (but) we always submit ourselves to the almighty Allah. So meaning, it’s some sort of jihad,” Kiram told Yahoo! Southeast Asia.

But Kiram’s brother-in-law, Abrahan Idrijani, quickly interjected, clarifying the Sulu sultanate is referring to a “legal battle” in insisting their claim of ownership over Sabah.

Idrijani, who also serves as the sultanate’s secretary-general, explained the Kiram clan has chosen a jihad in the form of “fighting for the right.”

“There are many forms of jihad. This jihad is in the form of fighting the (legal) right. This is not to wage a war,” Idrijani emphasized.

“The sultanate is now undertaking a jihad for fighting the (legal) right over the territory of Sabah,” he reiterated on behalf of Kiram 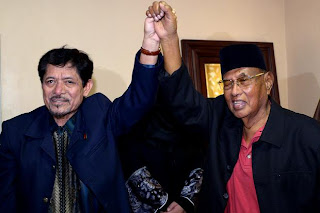 On Friday evening, Kiram met international law expert Marwil Llasos, who helped write a book entitled “The Philippine Claims over a portion of North Borneo: Documents, Materials, and Cases” in 2003.

The book, which collated documents and legal arguments supporting the country’s claim over Sabah, has been among the documents Kiram showed Yahoo! Southeast Asia in an interview on Friday evening.

The Sulu leaders welcomed Llasos’ move to help them elevate their claim to international audience after President Benigno “Noynoy” Aquino III’s strong reservation on the issue.

“We just finished writing another letter informing the United Nations that Malaysia is not complying with their call to peacefully end violence in Sabah,” Kiram said.

“We want them to investigate this genocide. I don’t know why they do not want a ceasefire. It’s very un-Islamic,” he added.

Kiram said the timing came perfectly as they are contemplating of filing violations of humanitarian law cases against Malaysian Prime Minister Najib Razak before the International Criminal Court (ICC).

Idrijani said the Malaysian leader should be held liable for using the “policy of genocide” to drive away Tausug people from Sabah to benefit his political interest at the expense of civilian lives in Sabah.

“We know very well that last night was the last day of tenure of the Prime Minister of Malaysia. That’s why he ordered massive attacks because he wants to gain credit,” Idrijani said.

The Malaysian prime minister is running a very close race for re-election against opposition party Pakatan Rakyat, which is led by Anwar Ibrahim. 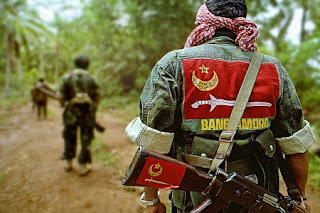 “He ordered the attack so there will be no election,” she said.

Llasos, who also specializes in humanitarian law, explains Malaysia’s defiance against UN’s call for peace practically tags them as an “international outlaw.”

“In effect, Malaysia is an international outlaw because it is not following the UN call for sobriety. In the eyes of the international community, that is a violation of Geneva convention,” he explained.

The royal family of Kiram also met with representatives of the Sabah Claim Society, which offered to sponsor Kiram’s transportation and accommodation to Europe.

The five-year old group vows to financially support Kiram and some members of his family to “socially meet” with international politicians and audience in Europe to further their claim over Sabah.

Kiram, who has been undergoing dialysis for one year and three months, also expressed openness to negotiate with Malaysia in a neutral country like Singapore, Brunei , or Hong Kong.

He vows to fight for their right in Sabah until he draws his last breath. Read more.